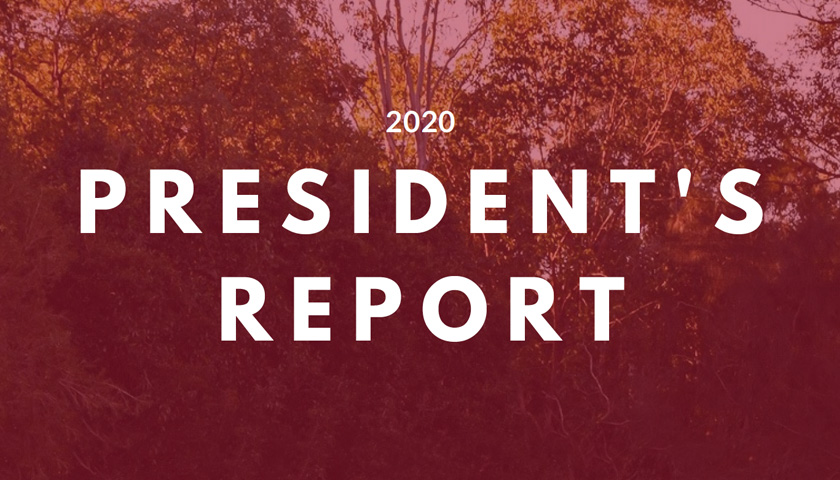 Phil outlined that despite the uncertainty the COVID-19 pandemic had brought to the world, we were able to enjoy almost a full season. He thanked the teams, committee members and the hard working but dedicated volunteers for delivering another excellent season at Bardon Latrobe FC.

Phil provided a summary across the many facets of the club from membership, infrastructure, fields and our planned future works through to social activities, sponsorship, volunteers and our on field performance.  Most of the infrastructure projects commenced in 2019 were completed in 2020 providing state of the art dressing rooms, a fantastic new family friendly club room, upgraded kitchen and supporting facilities.   Planned unfunded projects for next year include a lighting upgrade, future shade and seating options for spectators and members.

Reports were also provided by Sam Irvine Casey, as Treasurer outlining the governance, management and status of the club’s finances and Michael Watts as Registrar outlining the improvements in club administration and communication provided by the installation of Majestri software throughout Season 2020.
Finally, Phil announced that after three years as President, he would be stepping down in that role. The committee thanked Phil for his incredible contribution as President. Phil also announced that in recognition of the importance and focus of the club on building and maintaining the fields and buildings, an additional position of Facilities Manager would be created on the committee.

All office bearers resigned and were then elected as follows:

Alongside the committee above several sub-committees will continue to manage day to day operations and report to the committee.

New President Michael Watts has been involved with the club for five years (with son, Tim playing in U10s this year), with two years on the committee and as Registrar in 2020. He looks forward to building on the great work performed over the past few years and providing organisation, drive and energy to provide sustainability in the club and value to our members and ensure the best use of Bowman Park in our role as lease holder.  One of his passions is to provide opportunities for kids and teenagers to be actively involved in football (and community team sports) and promote the participation of girls in football.

New committee member Steve Jones is a long term volunteer for seven years and past coach (with both son Judd and daughter Lara playing at the club).  He is keen to establish pathways for our juniors and ‘up and coming juniors’, establishing additional teams in the U12 to U18 age groups including establishing more girls teams across the club. Steve has also been the referees coordinator including coaching and mentoring our young referees and an O35s player for the past two years. Steve has replaced Mark Keane who is going to apply his considerable talents to building and maintaining the club fields and facilities.

The re-organisation of the committee has been done in a way to provide for a smooth transition.

2021 registration fees were set and in recognition of the tremendous patience and support of our club members will remain the same as 2020 with small decreases in the City League and U18s divisions.

Information Day for Season 2021 was set Sunday 7th February from 10am at the clubhouse.

Management meeting dates were set for the first Thursday of every month.