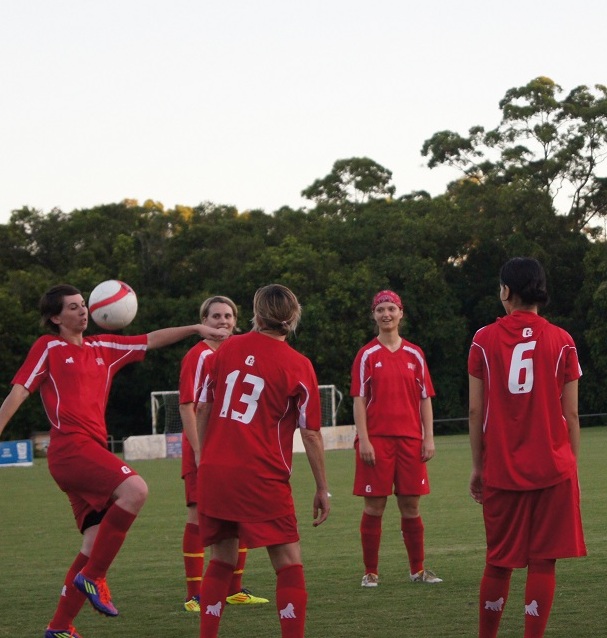 After a sterling first season playing at Bowman Park, the Bardon Latrobe Ladies team have won the Division 1 Premiership with the final round to spare.

After a thrilling battle with UQ and Easts at the top of the league that lasted most of the season, our Ladies finished on top with some impressive performances.  Their last home game against UQ saw them win 3 nil with only 11 players in very tiring conditions, and this result all but clinched the title for them.

The Ladies now go into the finals series with confidence and they have the best wishes of everyone at the club.  Can they do the Premiership/Championship double?