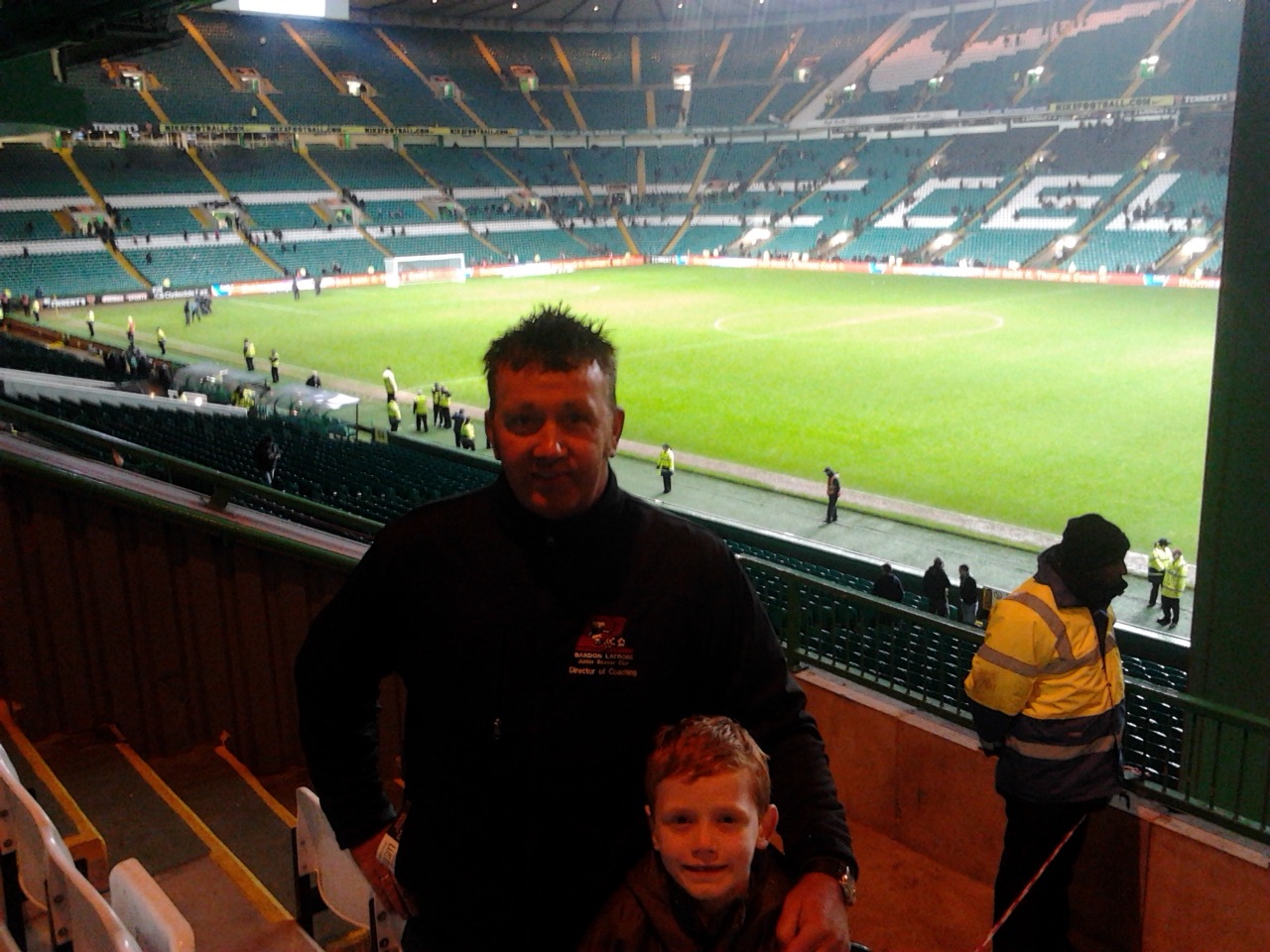 Chucky and Callum first met at ‘Chucky’s June 2012 Soccer Clinic’.  Later in the year following one of Callum’s U7s matches with the Armadillos, Chucky learned that Callum would be heading to Scotland with his Mum over the Christmas break.

Knowing that he would be in Glasgow at the same time, Chucky kindly offered to take Callum to see his beloved Celtic play in their match against Ross County on the 22nd  of December.

Due to his association with ex-Celtic and Scotland defender, Danny McGrain who is now on the Celtic coaching staff, Chucky was able to get Callum into the VIP area of the club and meet one of the injured players who also plays for Scotland.

Callum thought that all of this was ‘very cool’, and went on to say that, “Celtic winning was a highlight.  Second and third goal was the best.  It’s really hard to header a ball and achieve a goal”.

A trip to the merchandise shop was the last order of the day and Callum now has a Glasgow Celtic strip to add to his collection.