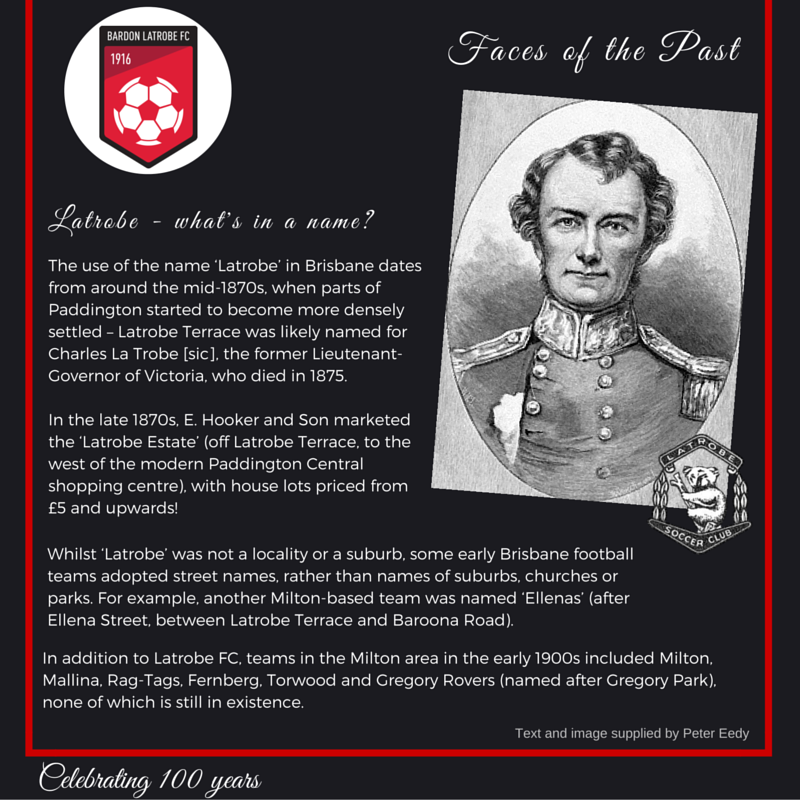 The use of the name ‘Latrobe’ in Brisbane dates from around the mid-1870s, when parts of Paddington started to become more densely settled – Latrobe Terrace was likely named for Charles La Trobe [sic], the former Lieutenant-Governor of Victoria, who died in 1875.

In the late 1870s, E. Hooker and Son marketed the ‘Latrobe Estate’ (off Latrobe Terrace, to the west of the modern Paddington Central shopping centre), with house lots priced from £5 and upwards!

Whilst ‘Latrobe’ was not a locality or a suburb, some early Brisbane football teams adopted street names, rather than names of suburbs, churches or parks. For example, another Milton-based team was named ‘Ellenas’ (after Ellena Street, between Latrobe Terrace and Baroona Road).

In addition to Latrobe FC, teams in the Milton area in the early 1900s included Milton, Mallina, Rag-Tags, Fernberg, Torwood and Gregory Rovers (named after Gregory Park), none of which is still in existence.