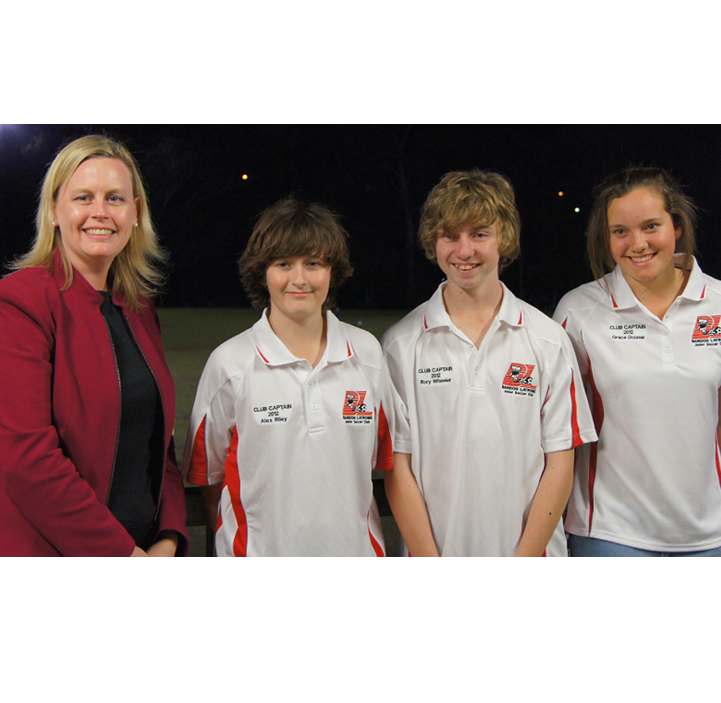 On Tuesday 17th July, Member for Mount Coot-tha, and our new club patron Saxon Rice, presented our junior club captains for 2012 with their captain’s shirts.

Mrs Rice congratulated Grace D., Alex R., and Rory W. for being recognised for the work and dedication they have shown to their club over recent years.  As well as playing together in the U15 boys’ team, both Alex and Rory have worked at refereeing junior games, and helping to clean and prepare the club during the working bee at the start of the year.

Grace has been a valuable player in the U15 girls’ team this year against girls a year her senior, and has just been selected in the U15 Schoolgirls Met North representative team to play in the regional competition in Hervey Bay in late June.  Congratulations Grace!

Mrs Rice showed great interest in the history of the club, and congratulated us on winning Junior Club of the Year for 2011.  She also showed an interest in visiting to watch some of the junior games being played at Bowman Park in the near future.