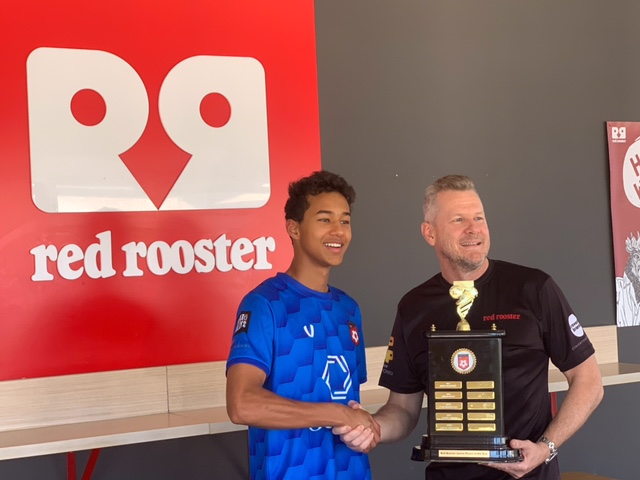 The club would like to congratulate Arran Abraham on winning the Bardon Latrobe Football Club Red Rooster Junior Player of the year award for 2022.

Arran has been a loyal Bardon Latrobe player coming up through the junior ranks playing divisional 1 & 2 football. He has developed in to a skillful and powerful attacking midfielder with the ‘heart of a lion’. Arran is highly respected and loved both by his teammates and coaches alike.

Managing seven goals during this year’s U16 campaign he has contributed a lot across the whole park assisting in many of the other 47 goals scored by the team.

Arran is a highly deserving recipient of the 2022 junior player of the year award.

The club is pleased to announce that Arran has signed up for the upcoming season and we would like to wish him a very successful and enjoyable 2023.