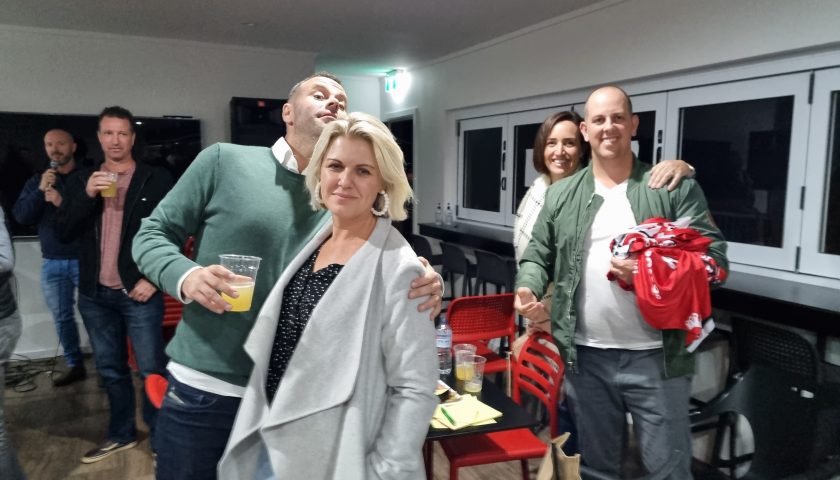 Host, Nick Coulter corralled a rowdy and enthusiastic 16 teams through a diaspora of sporting trivia.

Representatives from all grades of senior football competitions competed for the esteemed prize of Bardon Latrobe resident know it all.

After 5 gruelling rounds that took in topics including English Premier League, A League, Bardon Latrobe history, cricket and finally NRL three teams faced off for the overall win.

In a beat the buzzer sudden death final round Rob Chambers took out the major win with an uncanny nack of splurting the answer before the question was asked. The bold strategy paid off leaving a dumbfounded David Gillman and a I’m just happy to be in the final Matt Smith in his wake.

The Bolts were in fine form with a spread that made their table look like it was catered by a grazing table company and they also claimed the Meat at Billy’s provided meat tray.

If the Bolts took out best in show a shout out to Michael Boley with a platter of fine cheeses and Oli Mackay who managed to BYO lamb shanks (fancy) that had the rest of the teams blushing.

In third place for my personal awards, the Capital tables, whose combination of Domino’s pizza and a giant beer snake was lo-fi but effective. The repeated chants of “Its Coming Home” were less welcome by this Englishman.

Thanks to Nick, Sam Irvine Casey, Ania P-o-l-i-t-o-w-s-k-a and everyone for showing up and supporting the club night.