One for the purists - Bardon Latrobe Football Club
Skip to content 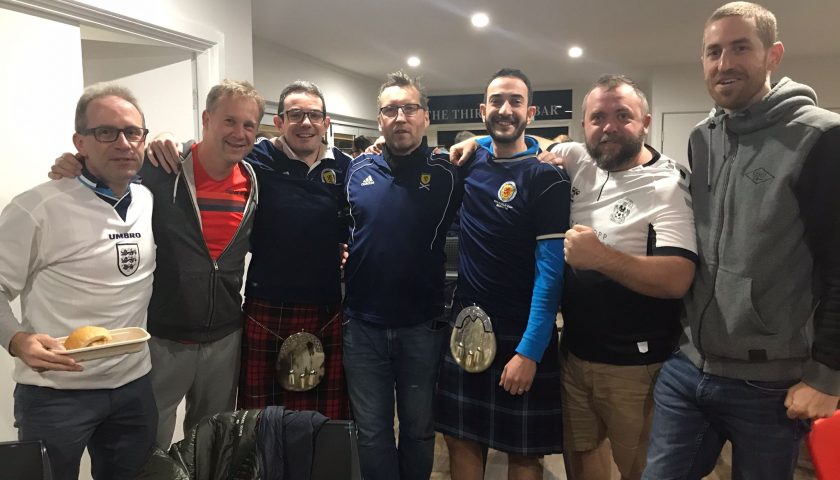 In the early hours of the morning the dedicated, maybe fool hardy, gathered to watch the old rivalry as England and Scotland came together at Wembley.

The Scots won the fashion parade with two kilts on display whilst the England fans talked about an embarrassment of riches in the squad.

At half time Ania’s bacon and egg burgers went down quicker than Jack Grealish in the wind.

As the second half wore on the England fans looked nervous and questioned the substitutions whilst the Scots cheered loudly buoyed by Billy Gilmour and the performance of their team.

Honours even on the pitch and as one relieved fan exclaimed that might just have been the best result for Bardon Latrobe.