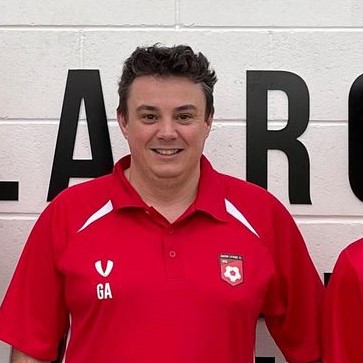 Capital coach Gilbert Albertson has informed the committee that he is stepping down as the Capital coach after three seasons in charge.

Gilbert was previously the coach of the City 5 side, winning the Championship in 2018, before being appointed to the Capital position in 2019.

Gilbert said that he had enjoyed his time at the helm of the Capital squad but felt he had taken the squad as far as he could.

“I am grateful for the opportunity to have coached the side for the past three seasons. I have gained valuable experience and I am proud of the improvement the squads have made under my tenure.”

“The Capital squad has a unique culture and it is as healthy and vibrant now as it ever has been. Retaining the core of this squad will no doubt push the club forward and into higher divisions.”

“Bardon Latrobe is a boutique club and whilst that provides a unique atmosphere and a supportive environment I feel that my coaching style and playing ethos has come to a natural conclusion.”

“There are many people to thank for their support over the last three years, committee members, players and assistant coaches. I’d also like to thank my supportive family/employers who have indulged my passion (read obsession – Editor) for all things tactical, planning and analysis.”

Gilbert even stepped into the role of committee member during his tenure and ran many successful junior holiday clinics, we thank him for his time and commitment to the club.

The Capital coaching position will be advertised in due course.