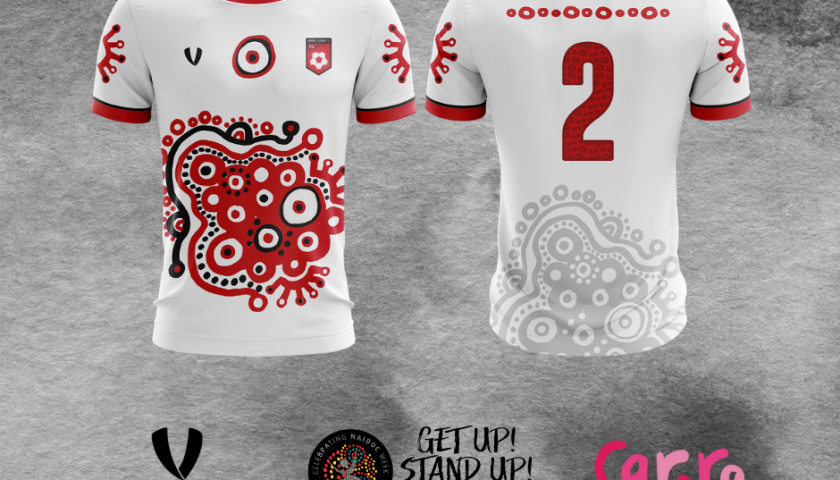 Bardon Latrobe is proud to release a new special kit using our artwork developed by Rachael Sarra for NAIDOC week.

Rachael created the artwork for Bardon Latrobe named stronger together, she uses art as a powerful tool in storytelling to educate and share Aboriginal culture. Her style is feminine, fun and engaging but is strongly drawn from her heritage and her role as an Aboriginal woman in a modern world.

“The raw story of the artwork is unity at the centre of the team, all voices heard and respected, connected and stronger together,” Rachael said.

“We proudly adopted the artwork in 2019 and developed a version with our supplier Veto Sports. This new version is an opportunity to use the artwork. It keeps the artwork tangible for our members.

The club will purchase kits for selected teams to wear and is available to buy now. The cost of the jersey is $35 which includes a donation to an Indigenous charity as chosen by Rachael.

The National Aboriginal Sporting Chance Academy (NASCA) which works with Aboriginal and Torres Strait Islander young people to create a strength-based, culturally strong environment that ultimately results in Indigenous Australians realising a level of health and prosperity on par with other Australians.

Order your shirt now and before April 26.